(NEW YORK, NY) – This week, Brooklyn Defender Services won the release of eleven immigrants from ICE detention, after securing the release of ten immigrants on March 26 in the landmark Basank v. Decker ruling, finding that ICE has shown deliberate indifference to the medical needs of detained immigrants during the COVID-19 pandemic.

Since March 16, through habeas corpus litigation in federal court, bond hearings, winning removal hearings on their merits, and administrative release requests, BDS attorneys have won the release of 34 immigrants, many of whom had medical conditions that placed them at serious risk if exposed to COVID-19.

Among those released this week was Mr. Ronal Umaña, a 30 year old immigrant from El Salvador, who was detained at Hudson County Correctional Facility. Mr. Umaña was one of the first detained immigrants to speak publicly about the conditions he endured amid the COVID-19 crisis via audio recording last week.

Ronal Umaña said: “I feel free. I have my liberty, and I’m not suffering anymore. Especially as I was during the quarantine and I’m very grateful to my lawyers for that. I feel free and happy to be with my family after all the fear and threats that we faced at Hudson, where the officers even pointed tear gas guns at us.”

Andrea Saenz, Attorney-in-Charge, New York Immigrant Family Unity Project at Brooklyn Defender Services, said: “As conditions in ICE detention worsen and more people we represent and other detained immigrants begin suffering from COVID-19 symptoms, the situation becomes more and more dire. For weeks, we have called for immediate release of immigrants detained by ICE and a halting of ICE enforcement. With ICE ignoring most of our requests for release, our staff have filed over twenty federal court petitions or requests for emergency relief, and plan to keep doing so. As this crisis unfolds, we cannot and we will not stop until ICE frees them all.”

Gabriela Domenzain, Senior Advisor, Brooklyn Defender Services, said: “While we are thrilled that eleven more families are together and safe today, it’s not enough. ICE is choosing to place immigrants directly in the path of this deadly virus with utter disregard for their humanity. In New York City, where all detained immigrants have access to counsel, our lawyers have gone through extraordinary measures to secure the release of our clients. But the majority of immigrants don’t have lawyers and are rendered powerless to ICE’s inhumanity. ICE must prevent further contagion and death and free them all.” 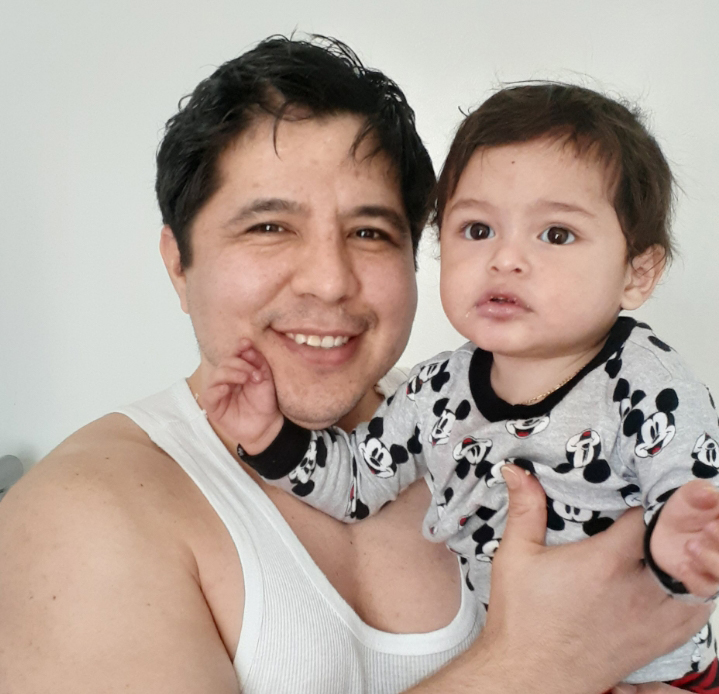 Ronal Umaña holds his niece, who was born while he was in detention